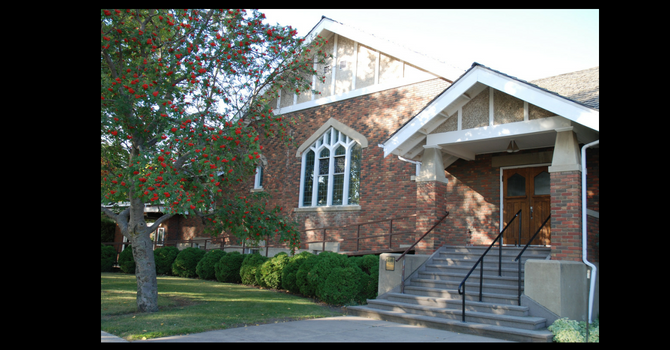 Construction of this building was begun prior to ‘Church union’ and it was dedicated to the Glory of God in January 1927.  As the congregation and community grew and developed, a larger worship space was needed and so in the 1950’s the sanctuary was enlarged to provide seating for 250, and then to fulfil the need of better space for the church school programs, for congregational meetings, and office space, the C.W. wing was added in the 1960’s.  Not only has this space provided for the needs of the congregation, it has also served the needs of the community, with many charitable groups and others using the facility for their gatherings.

A focal point in our sanctuary, for some, is the pipe organ.  It was built for Stettler United Church by ‘Casavant Frères Limitee’ of Saint-Hyacinthe, Quebec in 1945.  It is dedicated to the Glory of God, in memory of those who fell in World War II.  Of interest to some will be our ‘Memorial Corner’, in the northwest corner of the sanctuary, and the ‘Memorial Stained Glass Windows’.

As historical and important and as beautiful as the building is, it is still the people, the congregation who are the Stettler United Church.  We have a long tradition of ministry within this community, a ministry not limited only to members but to all who approach us, a tradition of ministry that we are pleased with, that we offer to you and that we invite you to be a part of.  We would like to be able to welcome you into this family and household of God, if you are at all interested.  Please, let us know.